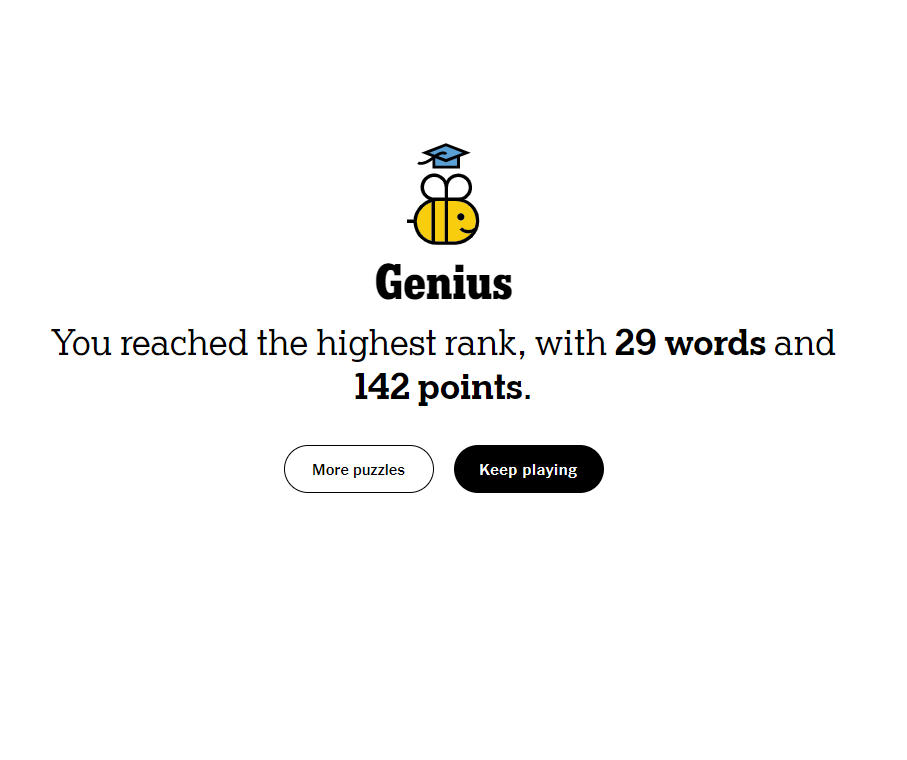 I hate the new format so much. It’s ugly and the screen doesn’t capture well for a blog. It’s not my aversion to change that’s doing it. Rather, it’s bad design. And focus on the wrong thing. Ezersky should focus on the word list. Which often is bad. Get it together, Sam!

LEMMA: A subsidiary or intermediate theorem in an argument or proof.