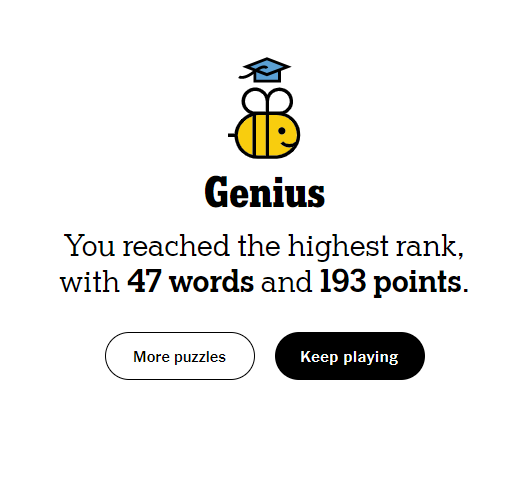 OK so I realize why I’ve been marveling at how quickly they were able to break down the financial crisis on Planet Money: It had been going on for a year by the time they began as a show. I just got the year messed up. Now it all makes a lot more sense.

Yesterday I missed OBEYING. Which itself is proof of itself. BEEN, BENIGN, BOGGING, BONNY, BOOGIEING, BOOING, BOON, EBON, GIBBON,

BIGEYE: A large migratory tuna that is very important to the commercial fishing industry.

WARNING: A little bloody. I’ve only watched with sound off, so I don’t know if there is offensive audio.

GIBING: gerund of GIBE: An insulting or mocking remark; a taunt.
NONBEING: The state of not being; nonexistence.