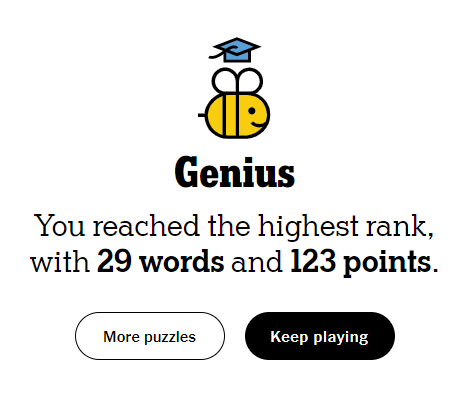 Woohoo! The weekend is here! I got some good news today that I’ll share at some point. I don’t want to be one to tease without following through, so I’ll make sure to follow through. I just don’t yet know when.

HABOOB: A violent and oppressive wind blowing in summer, especially in Sudan, bringing sand from the desert.
TROTH: Faith or loyalty when pledged in a solemn agreement or undertaking.

From the Online Etymological Dictionary:

“truth, verity,” late 12c., from a phonetic variant of Old English treowð “faithfulness, veracity, truth;” see truth, which is a doublet of this word. Restricted to Midlands and Northern England dialect after 16c., and to certain archaic phrases (such as plight one’s troth). Also see betroth.

Day two in a row of missing something to do with engagement. Oh noes. 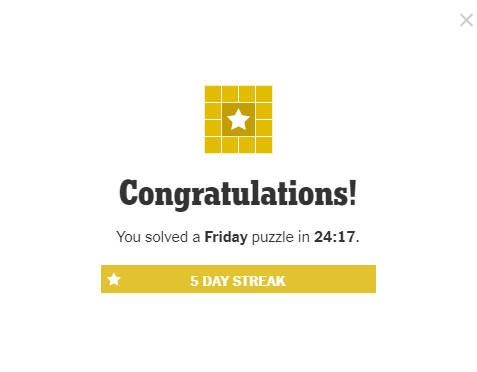 Five days in a row? Can you even imagine? Well, you do not have to! Also NBD, but this post makes the overall posting streak run to 248 days.

I pulled out 35D Studio with “Chicago” and “Chocolat”: MIRAMAX only because I remember a while ago when people were angry at the LA Times for putting Woody Allen into their crossword puzzle. Then again, I think it may have been a puzzle about or praising Woody Allen. Still, Harvey Weinstein isn’t necessarily the darling of Hollywood. I don’t put it past Will Shortz to encourage putting unfavorables into the NYTXW because he’s a real meanie.

The theme of this puzzle is I don’t really know. Maybe there is no theme.

But there were some long answers.

14A Nirvana, e.g.: INNERPEACE.
17A Computer file arrangement: DATAFORMAT.
30A “Rabbits” in a race: PACESETTERS.
34A Sobriquet for international hip-hop star Pitbull: MRWORLDWIDE.
35A Scorsese film added to the National Film Registry in 1997: MEANSTREETS.
52A They may have lots of steps: STAIRWELLS.
55A News headlines: TOPSTORIES.

Have a great weekend, everyone! 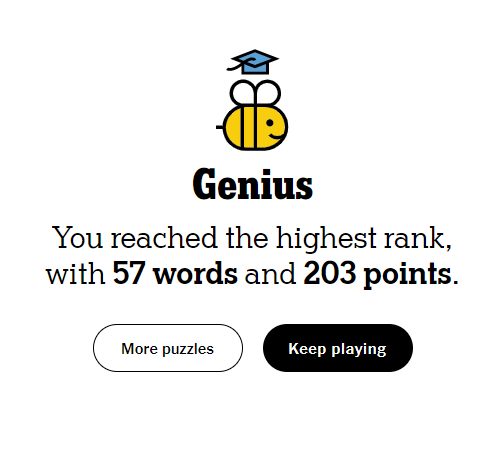 Yesterday I missed FIANCE and FIANCEE. I’m going to hear about that. Also FANFIC.

Wow. Only months before the wedding, and I’m missing the engagement words. Yikes. 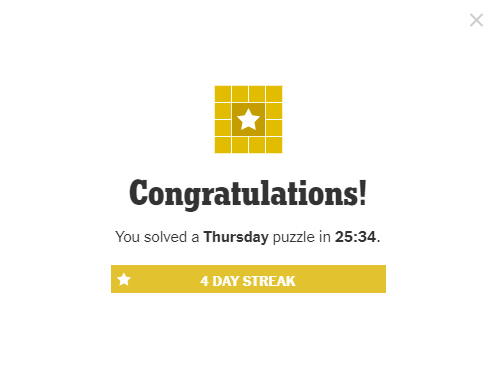 I pulled out 51A Roll-on alternative: SPRAY because I got the answer from Big Shaq’s Man’s Not Hot.

“Use roll-on or spray. Either way, ABCD (alphabet ting).”

17A Leonardo, Michelangelo, Donatello and Raphael?: RENIASSANCEFOUR. Rather than TMNT, it’s four guys from the Renaissance. But Renaissance Fair is a thing, so there you go.
25A Polishing the chandelier in “The Phantom of the Opera” and laundering uniforms in “Hamilton”?: MUSICALCHORES. I get it. Because it’s upkeep labor for a musical, and musical chairs is a thing the rest of us know.
44A Result of a poorly planned invasion of the Body Snatchers?: NOTIMETOSPORE. Only having heard of the film but not having seen it, I didn’t know that the aliens spread through spores. Now I know.
58A “I’m tired of all this negative media coverage”?: THEBADNEWSBORES. It really does. Like the bad news that there aren’t watermelons on Mars after all. Also Bad News Bears. 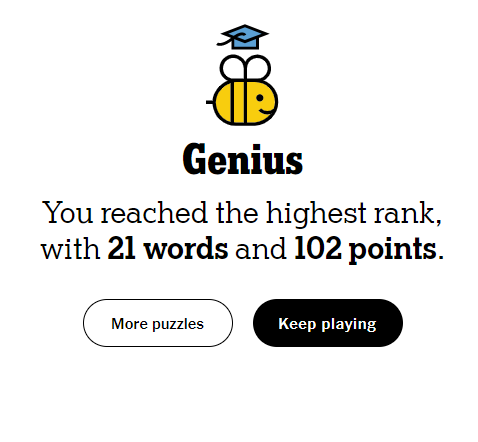 To pick up from yesterday’s story of the chairs, I did not get them. The person who posted never replied. I had sent one email, and after a while of hearing nothing, I sent a follow-up. Then I looked at around 9:30pm and saw that the post was still up. So I sent an email that I saw the post was still up and that I may be able to pick up the chairs then and wouldn’t have to wait till morning. Rather than getting a reply like, “Sorry! Someone else grabbed the chairs!” I just saw that the post was taken down. They were cool chairs, too. Too bad the person who posted couldn’t send a simple reply like a normal human being.

The post said that the cushions were custom made, so the lack of reply wasn’t the only egregious display of indecency.

Doesn’t mean I’m not disappointed, though.

That led to this adorable video: 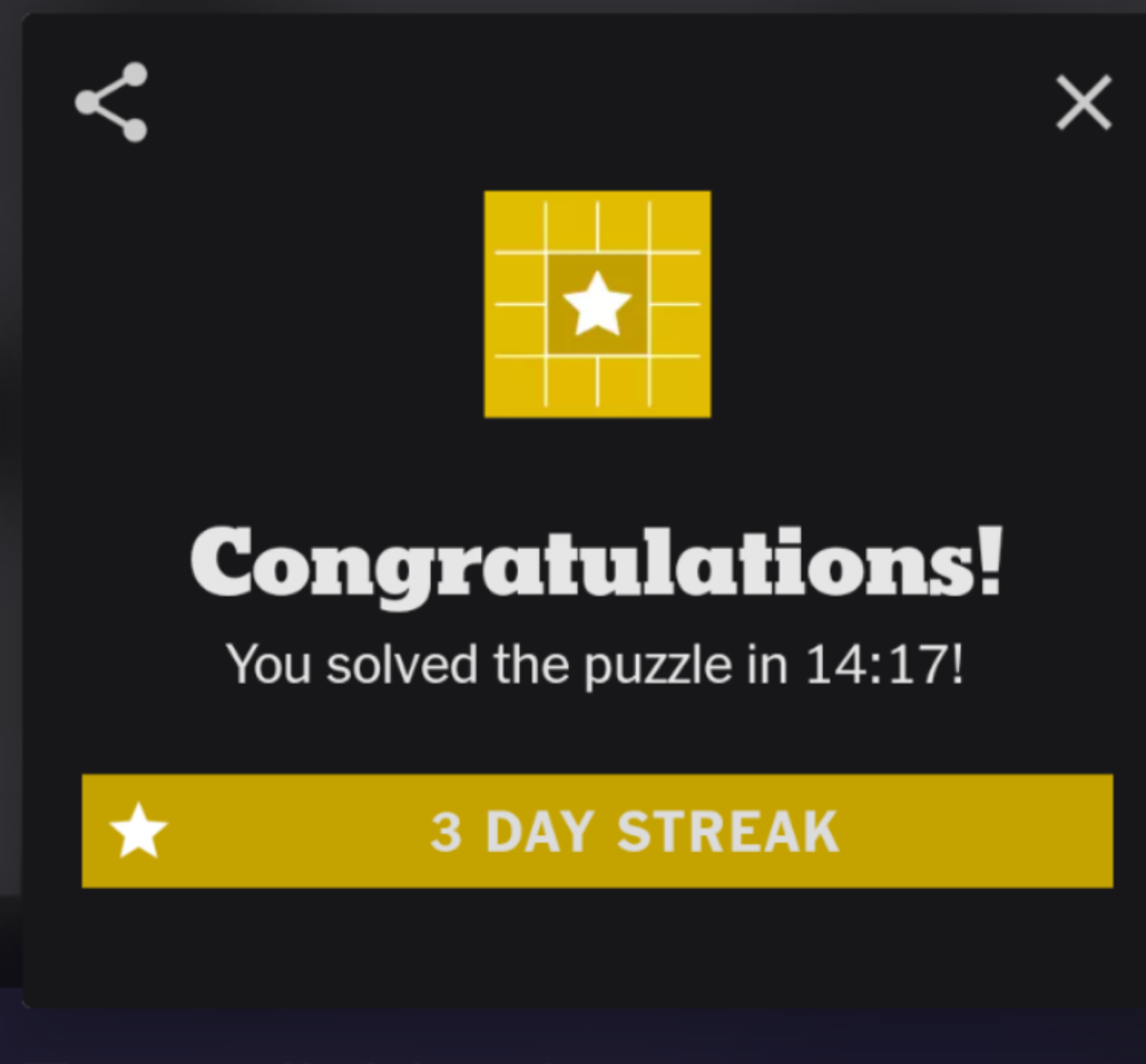 Three days in a row of crosswords. Really feels like old times. As you can see from the featured image, I solved this one on my phone.

Now, I have a bone to pick with UPS. I got an email that a package I have to sign for will be delivered between noon and 2pm. I watched the live map as the truck spiraled around the area. It got close and then moved away. At about 2:30, the map updated to inform me that the package was downgraded to “In Your Area” status from “Almost There,” and delivery will be made before 7pm! Very frustrating.

I pulled out 3D Espressos “stained” with a bit of milk: MACCHIATOS because I made a joke the other day about the Ford Mustang Mach-E. While they currently only have a few colors, I decided I’d take way too long and make a Caramel Mach-E Auto. Totally worth the pun.

I’m not a Photoshop expert, and that’s fine because I don’t have Photoshop. I use GIMP for my image manipulation. It’s not exactly Photoshop, but it does what I need it to!

Today’s theme had to with something we’re very familiar with! 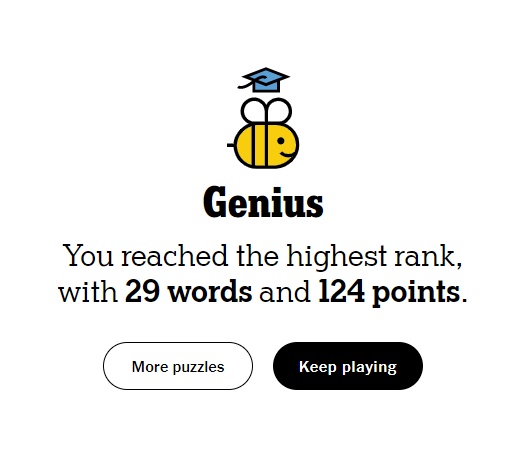 I found some amazing chairs on craigslist today. But they’re far and too far for me to retrieve them. I wrote to the person who posted it to see I could pick them up tomorrow. As of 7pm when I’m writing this, I haven’t heard back. They’re the kind I’d been looking for to put on our wedding registry because they fit so well with the table, but I can only hope tomorrow will work out. I guess tune in tomorrow to find out if I got them.

ROOD: A crucifix, especially one positioned above the rood screen of a church or on a beam over the entrance to the chancel.

Sooooo rood means rod but doesn’t come from rod? Where does rod come from?

As a long, tapering elastic pole for fishing, from mid-15c. Figurative sense of “offshoot” (mid-15c.) led to Biblical meaning “scion, tribe.” As an instrument of punishment, attested from mid-12c.; also used figuratively for “any sort of correction or punishment,” but the basic notion is of beating someone with a stick.

As a unit of measure (5½ yards or 16½ feet, also called perch or pole) first attested mid-15c., from the stick used to measure it off. As a measure of area, “a square perch,” from late 15c., the usual measure in brickwork. Meaning “light-sensitive cell in a retina” is from 1866, so-called for its shape. Slang meaning “penis” is recorded from 1902; that of “gun, revolver” is from 1903.

So rood means rod but doesn’t come from rod because rod comes from rodd. I guess it’s like how I feel when people ask me if I’m related to people whose last name is Rabb. But my last name is Raab. I jokingly ask if the people they know have money. So far, I’ve not received even a single laugh in return. So I’m quick to end that awkwardness and say that it’s exceedingly unlikely because the spellings aren’t the same. But they are similar in that they both count as last names.

Hey! Crossword puzzle posts on consecutive days? Whatttttt. Crazy. I guess it helps when you start the puzzle on a Monday night. I had thought this one would be easier than it was. It wasn’t. It was exactly as hard as it is.

I pulled out 23A Ixnay: VETO because I have always hoped that there’s an “I VETOED” sticker for when POTUS decides to say no to a bill.

20A Checkout devices at Dublin supermarkets?: IRISHSCANNERS.
34A Urban area around a church district?: PARISHMETRO.
40A Claim that a language in “The Lord of the Rings” is not extinct?: ELVISHLIVES.
52A Suggestion to friends on when to meet for lunch?: TENNISHANYONE.

So they all have an H in the middle of known things.
20A IRIS SCANNERS.
34A PARIS METRO.
40A ELVIS LIVES.
52A TENNIS ANYONE?

The one that bothers me is 52A. Tennis anyone? But also: WHO HAS LUNCH AROUND 10? I can’t eat lunch before noon. I can et before noon, but it’s not lunch. Then again, I guess if the service is slow enough or friends are always delayed, 10 sounds like a way ultimately to have lunch at a reasonable time.

And on the topic of unreasonable times, I finished this one in 16:15. 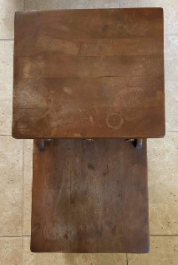 Usually my projects start with the Free Stuff section of craigslist. This one does not. This started with the purchase of a pair of tables–tables that were in Albuquerque, New Mexico.

I have never been to New Mexico. I’ve been to regular Mexico, but that’s a different story.

My friend Winston recently moved to Albuquerque, and he looks to see what people post for sale on facebook. He sent me pictures of this pair:

So $50 for the pair plus about as much for shipping. Normally I’m still at $0 when I bring a piece home, but by the time I got these, I was already in more than $100.

I saved a little bit of money on shipping by gifting the legs to Winston. I believe he then threw them away because he and I have a lot of things in common, and not wanting those legs is one of them.

Since this is a pair of tables rather than a single one, I decided to do an experiment to compare tools. In past projects, I’d used my Makita corded 1/4-sheet finishing sander. I then got a cordless DeWalt 1/4-sheet variable speed palm sander, which I decided to use for one of the two tables. For the other, I got a DeWalt random orbital sander. I hadn’t had one of these sanders before, but what better time to learn than to put it head-to-head with the other?

While I worked on these tables in sequence and not in tandem, I will be approaching this series as a comparison of the two processes, as they were extremely different. I made some mistakes, and I learned a lot. I had to modify my setup, get some new tools, and attempt many techniques for the first time. I’m glad I did this project, and, as of the posting of this first installment, the project isn’t finished. By the final post, it will be.

Keep coming back every Tuesday at 10am for new installments. 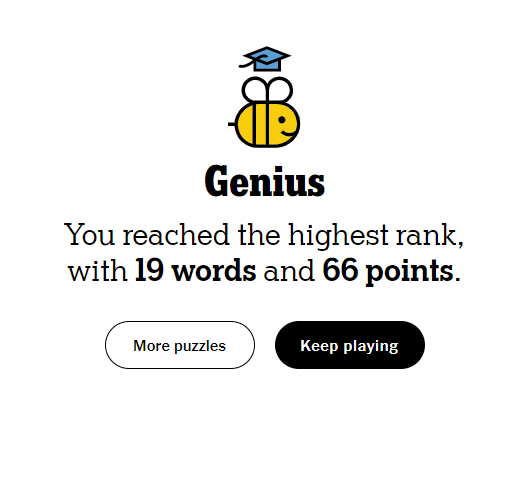 Also look out at 10am on Tuesday for the first installment of the new woodworking project.

Nothing to report here. How fun would it be to walk around with your own hype man? I think it would be fine for like a day and amazing for like a month and then superb thereafter. Thoughts?